Bringing creative coding to the physical space and introducing myself into visual DJ'ing.

Museache and I teamed up to work with NJ's up and coming music festival, Madliberation. Museache contributed stage design and stage management for a weekend of 48 hours of non-stop music. Our main focus for stage design and management was to come up with a structure that'll prevent rain from damaging all equipment on the stage from the rainstorm we faced.

On top of that I had a crazy itch to test my abilities and create a wall with windows to display some awesome graphics I can toggle through. So I teamed up Bldy Rxse' fashion and visual designer, Kwabena Boachie to splash some of the animations that he had stashed in the vault.

We had just a little over 48 hours prior to the first performance on Friday to complete this mission. 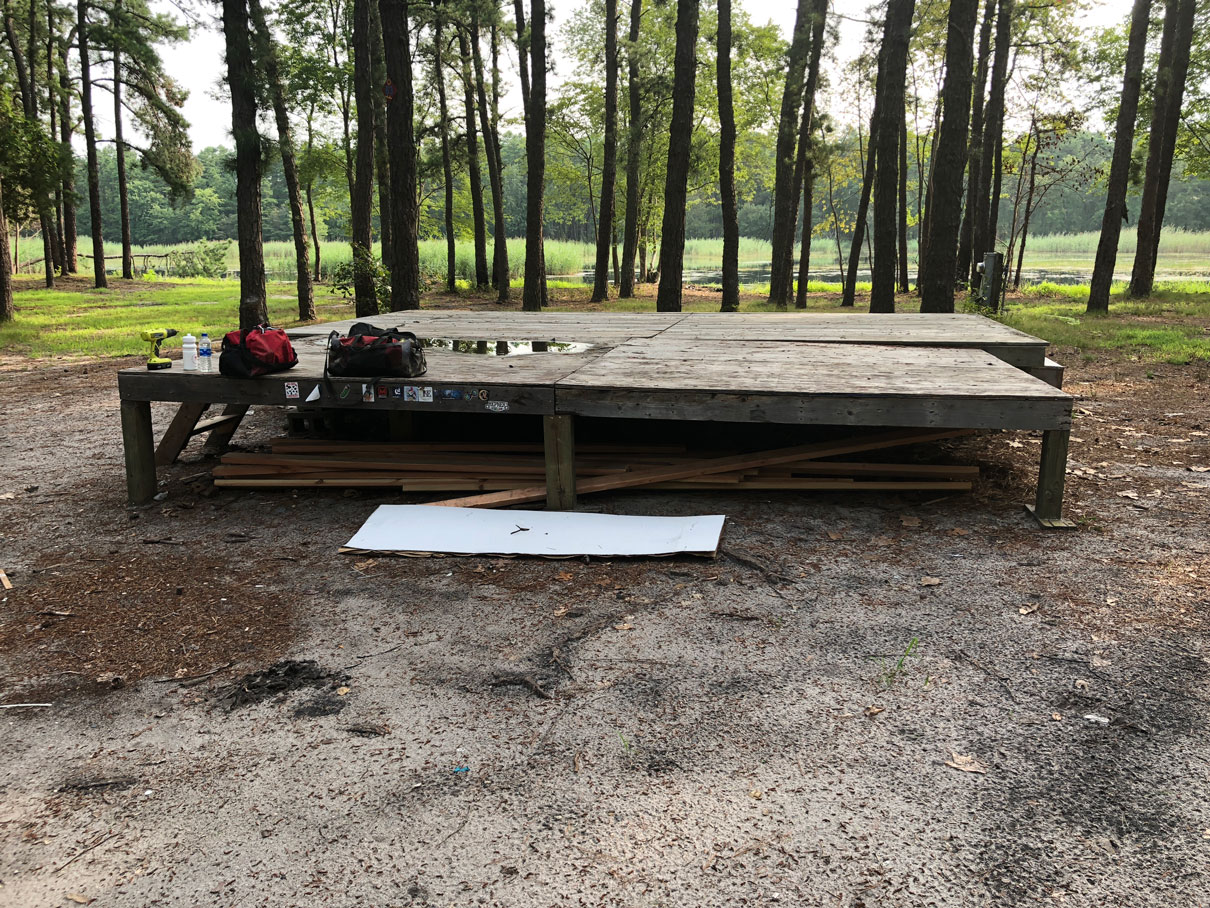 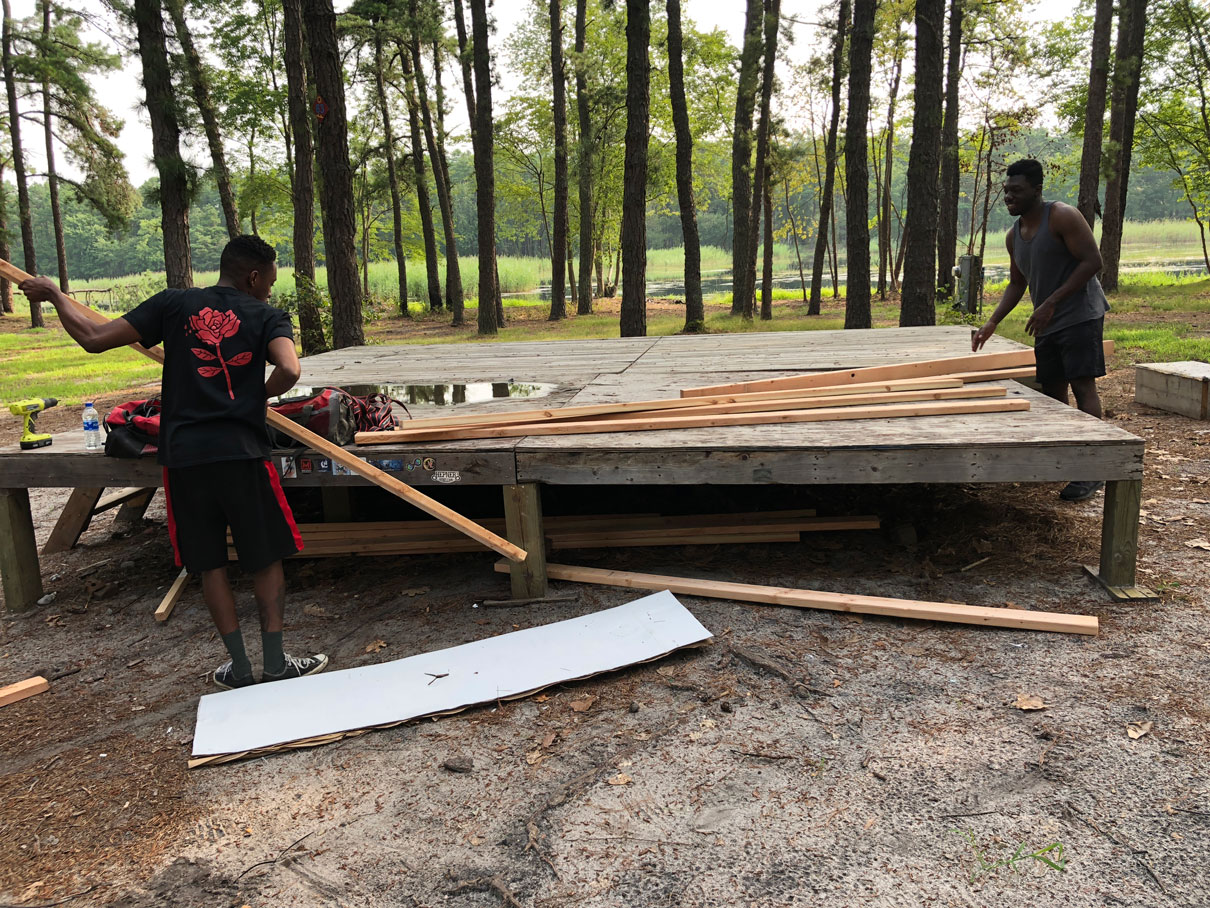 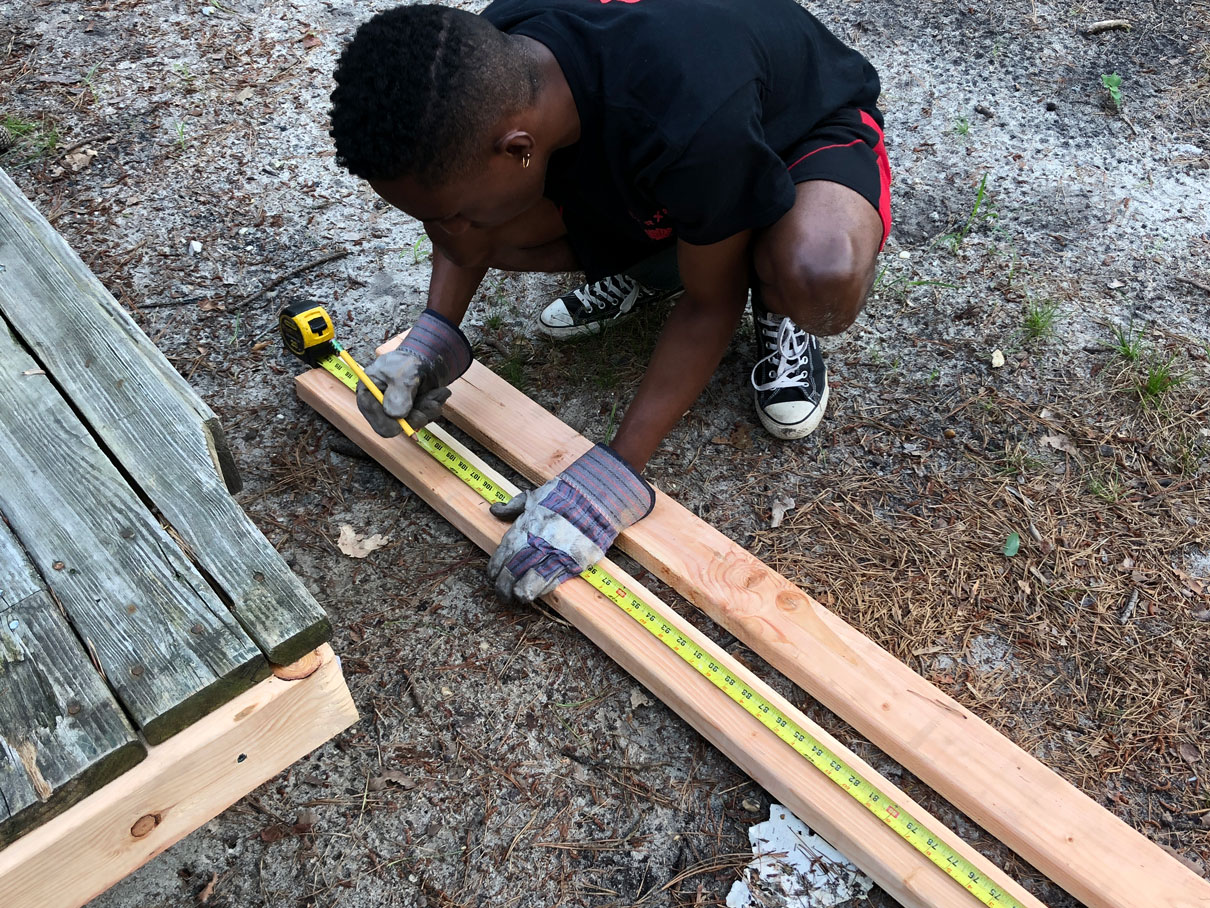 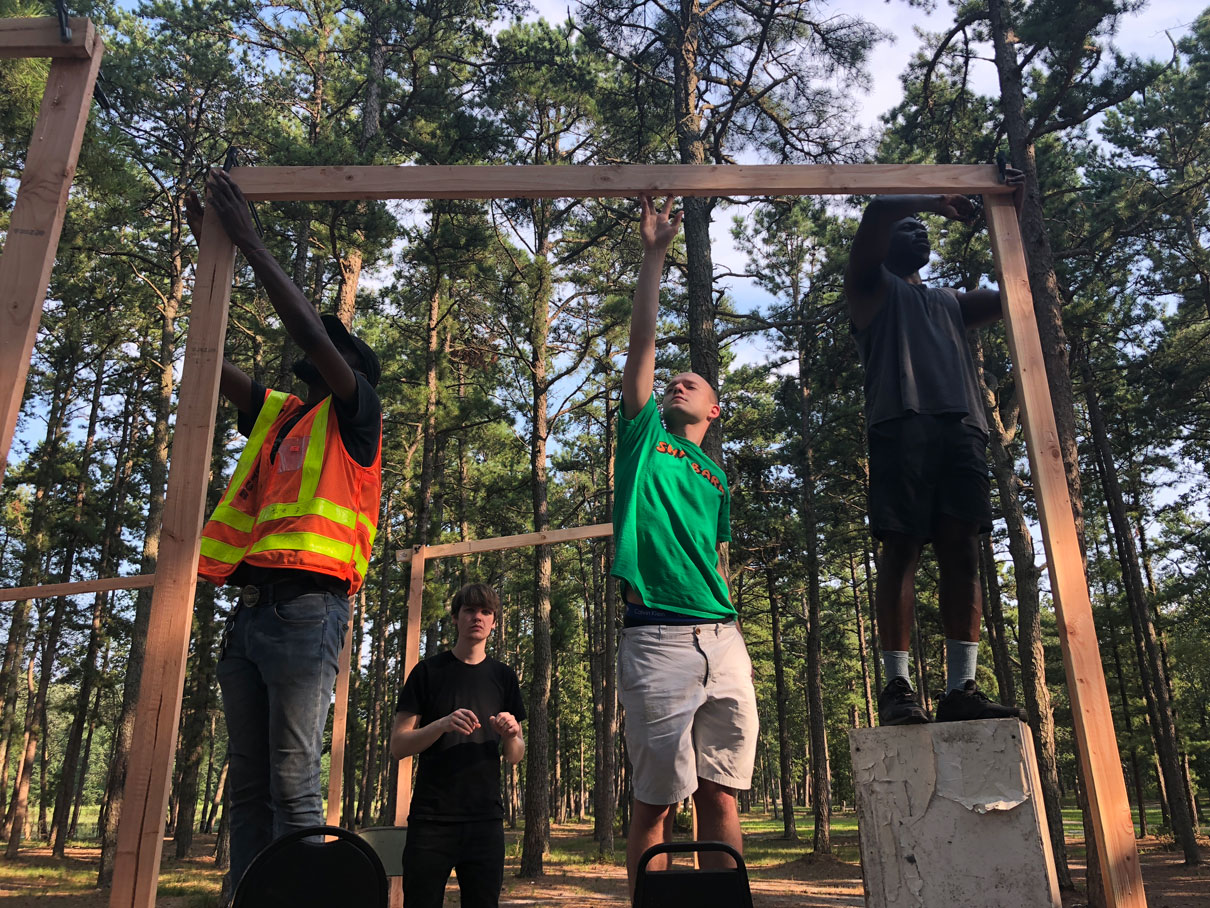 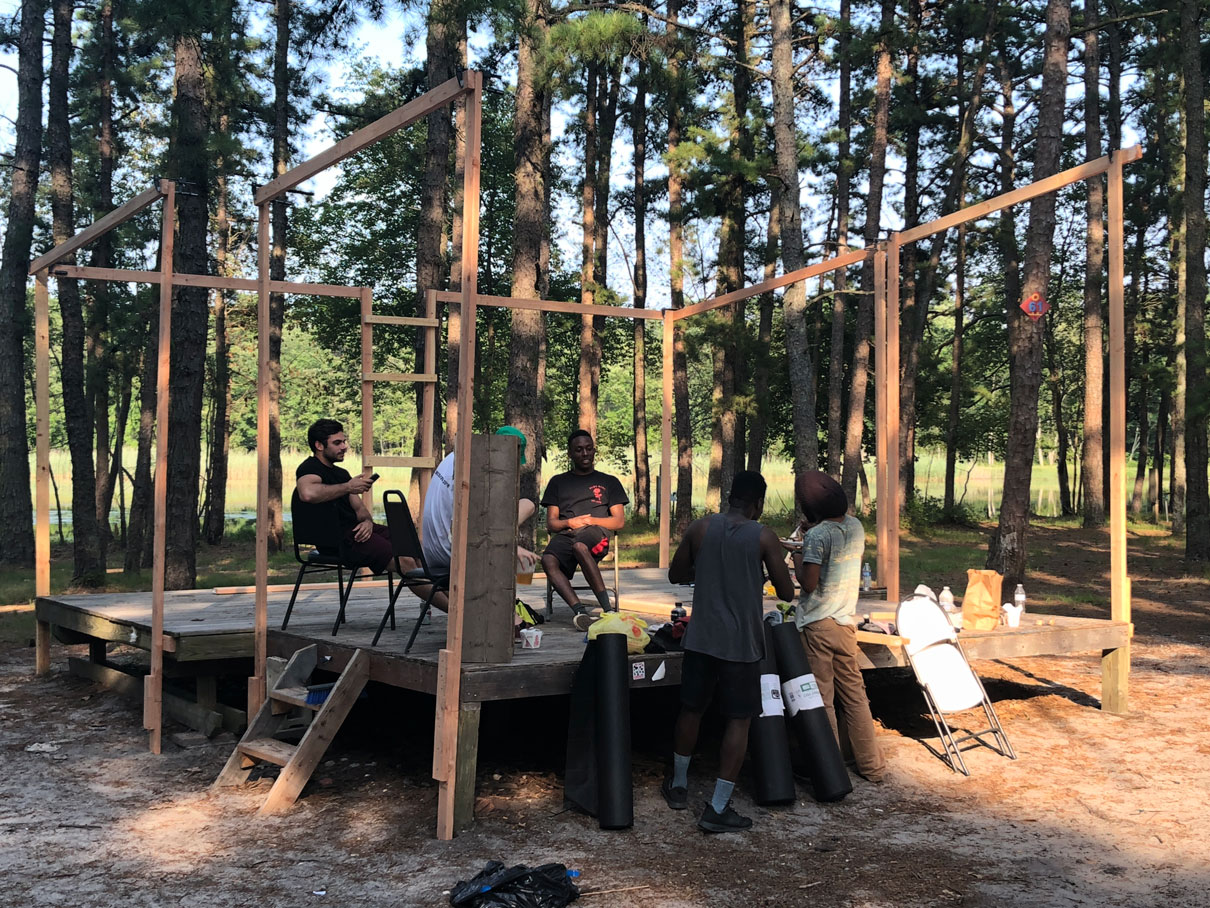 The final touch to the stage added life to the performances late at night. How was it made? A truck load of 1/4" plywood sheets to cover the studs that held the wall and some bedsheets for screens. The visual DJ set up was a mere node.js Gulp starter app with a drag-and-resize tool that allowed me to move the videos as I pleased. Note: I had to make this before landing on the campgrounds because there was neither cellular nor internet connnecion. Lastly, just a projector to beam Kwabena's graphics on the wall. 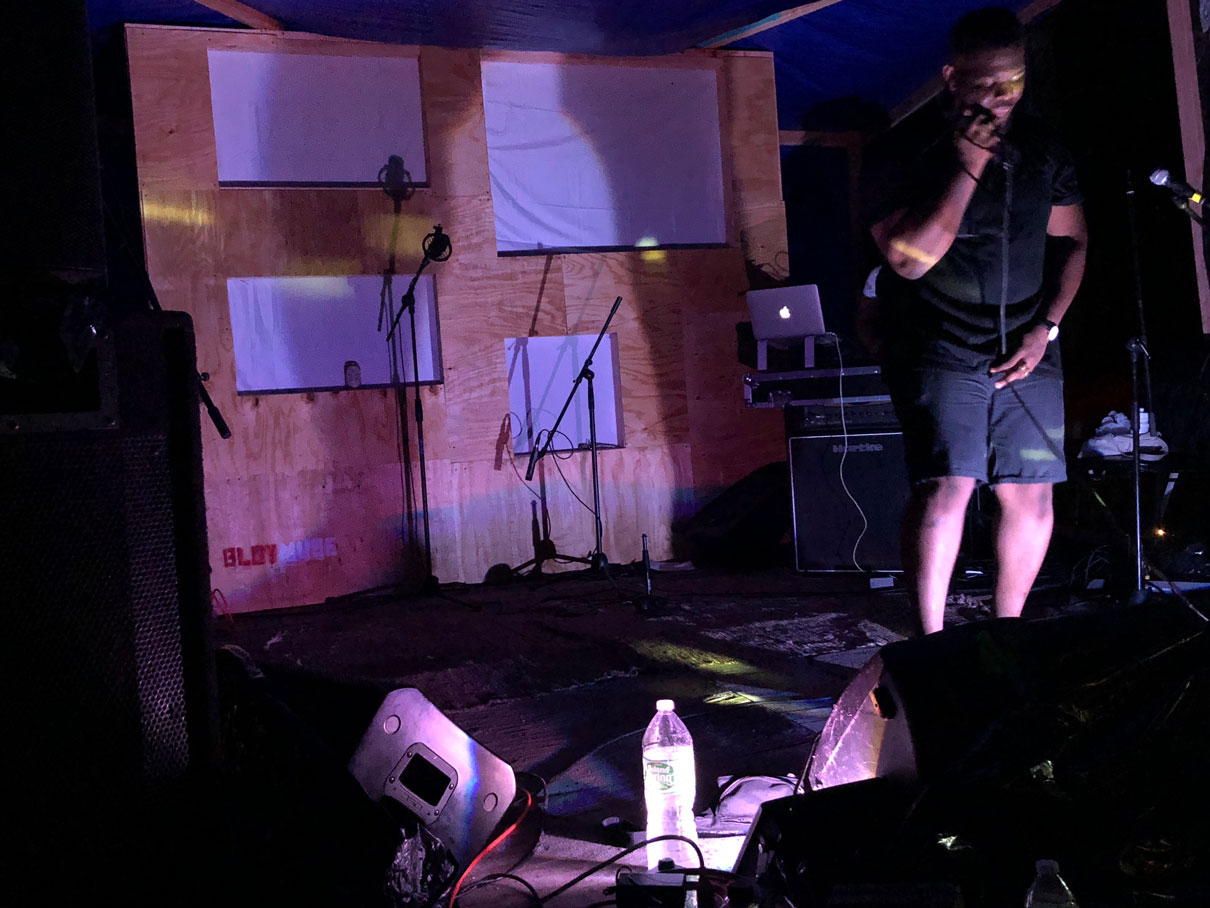 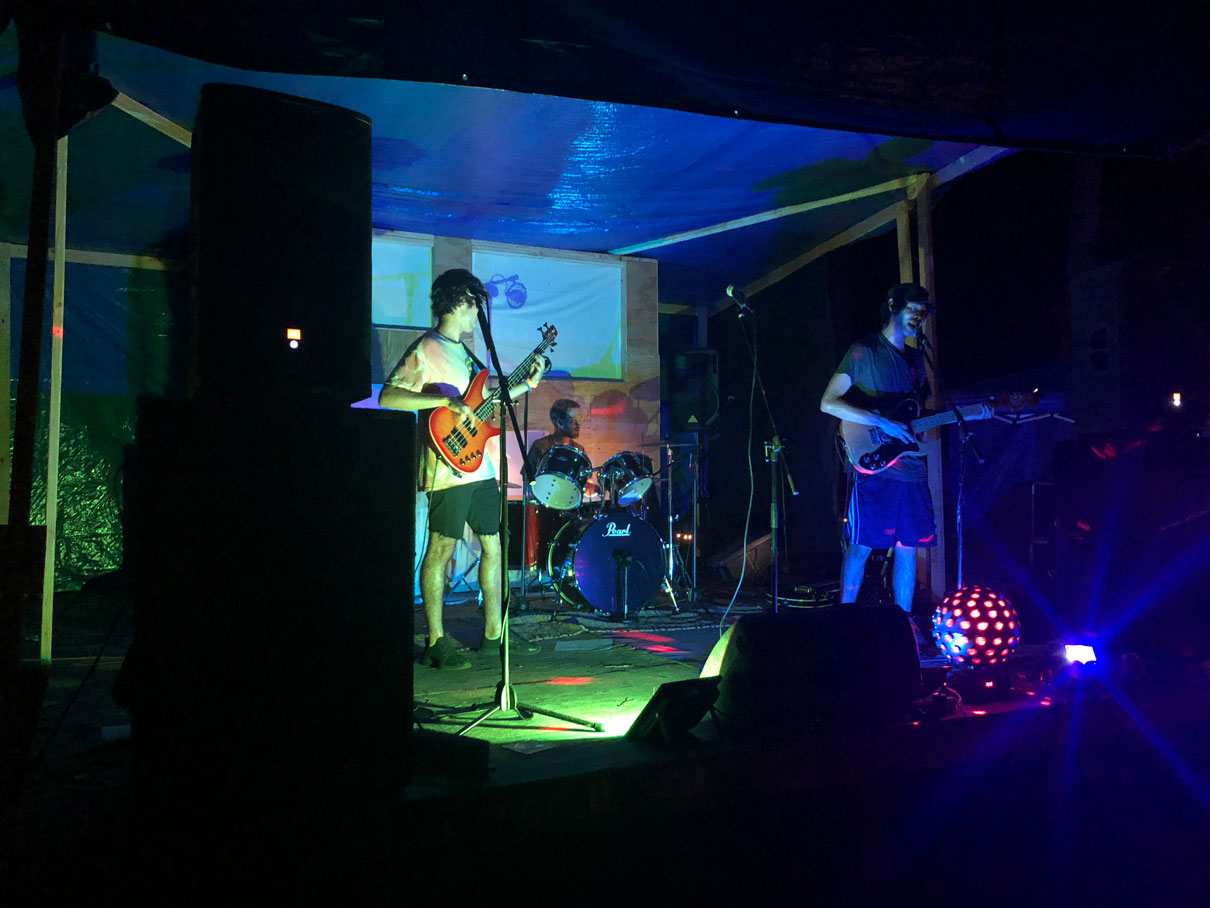